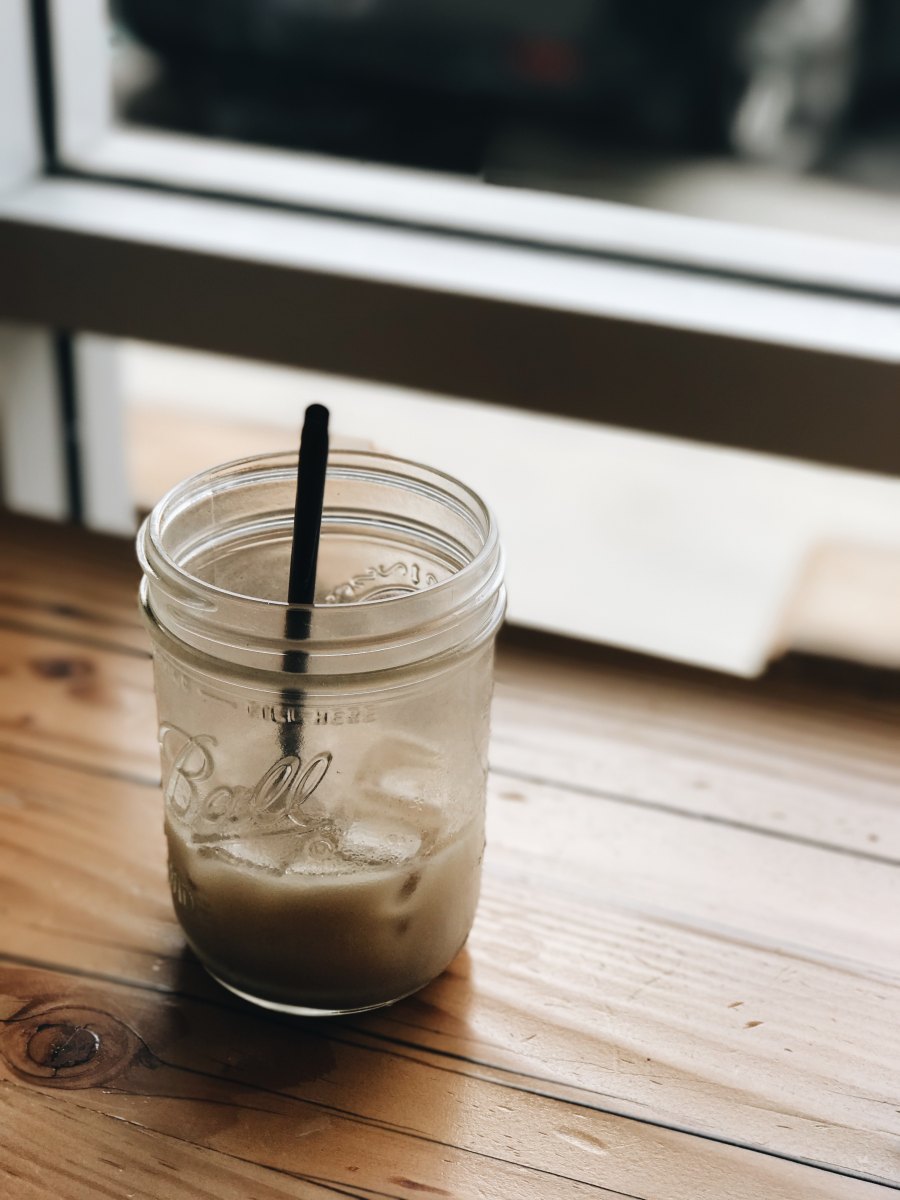 Ten Daily Blogs in! How fun is that!?

So this morning has been terrible, and it’s the kind of morning that has you googling “how to avoid mental break downs” so, let’s BLOG!

I am beyond frustrated with most parts of my job, my entire apartment, and plenty other things I’m very annoyed with that I don’t want to put on a public blog just yet.

I need some time off- but if my apartment is driving me nuts how will I even enjoy it?! I don’t want to spend an arm and a leg going somewhere because I am trying to save money. Frustrations are everywhere.

So I am trying to think of how to sort out any of those problems. And ignore any assholes who try and mess with my day.

The zombies are STRONG today, ladies and gentlemen.

I’ve tweeted about the different kind of zombies, today I am getting overtaken by common infected and a few key special zombies. Like zombies that don’t bite you but they trip, drag, or pull you into a horde of zombies while also calling up all his little buddies to come fuck with you.

After you fought through the zombies and get to a safe room, you find a zombie inside, so before it’s safe, you have to take care of the zombie that caught you by surprise while you were checking for wounds, thinking you were safe.

Zombies, ladies and gentlemen, are everywhere. This week has had no small amount of zombies to deal with and I think I may have to play Left 4 Dead tonight to make up for the evil zombies I’ve dealt with.

So, back to the topic of getting my apartment more bearable so a vacation at home, as well as everyday living, is easier and less stressful.

IKEA has a sale on right now, and I know what our biggest problems in the apartment are so…if I can fix those problems it won’t be so bad….I have some paint, I have cleaning supplies- and IKEA is known for having solutions for small, old, dimly lit apartments with no windows, no natural light, an a myriad of other small, old apartment problems.

So, I think I will spend some time today searching for some lights and shelving that may help- if IKEA has them on a cheap enough sale maybe I can buy a few items and spend my three day weekend getting the apartment sorted, whenever I take that three day weekend, and then I can take a staycation, and try and restore my tattered, frayed nerves.

It’s at least a working plan that has positive goals, so I’m running with it.

I’m also running from zombies, so stay vigilant, don’t let the zombies get you down.

Well, today keeps trying it but I have now had two positive interactions with strangers versus the many, many, negative ones, so I am focusing on those good two.

I’m incredibly hungry, did not get to pack any food or snacks or make breakfast Bc we need to go grocery shopping.

I am in a little IG group and one of the people got some CBD oil, but mentioning seeing full spectrum oil as well so I think I will be working on the next part in my cannabinoids and you series, as the next section is meant to discuss exactly what full spectrum means.

Additionally, I have been working on my creative writing, and I am in the middle of another Flake City story. For this one, I am laying some Easter eggs for later, as well as giving context to some of the main series stuff that I am in the middle of. In the main Flake City story, I am in the middle of some pretty core stuff, all of which is pretty crucial for the overall plot, which organically lets me get more people’s small stories told as well. This short story involves Damien, Roxy, and Tomi, and takes place in the private airport of Flake City. Tomi may have her own little short story, and in this one, Damien sees someone from the Radio Station, which as I have mentioned, leads into what I’m hoping will be a podcast. Mixed media is my jam, and I love that it is 2019 so I can finally work on telling this story across the mediums.

Anyways- I need to get back to work- so I’ll be back later!

Wow nearly 24 hours since my last update. No, no video games.

I’ve been having a pretty groovy Thursday but people have been trying me today. Bret has also had a bad day so I will probably try and play some video games. I didn’t get to bike yesterday because of the grocery shopping trip that went sideways, and left me stranded at the store for a minute with the groceries, but- I plan on trying to again tonight before we play video games. I know I should try and work some yoga in too and I will try but I know that Bret and I could use some quality time where we don’t feel rushed or pressured.

I brought stuff for iced coffee today, thanks to my grocery trip yesterday and that has helped! I was also able to make one of my favorite breakfasts – bagel, cream cheese, egg sammich. This, plus my awesome Sour Diesel vape pen has helped me keep a positive attitude all day despite people trying me.

And my good attitude was rewarded with finding out we would have the Fourth of July off of work! Now that day I wanted to take off can be after that and get a hella long weekend or…Hrm Iuno but I’m excited about at least one day if not two or three away from here.

So now I am waiting on Bret, at work, so we can leave and head home- much later than we intended to leave, and way later than I intended. I don’t know if we will have time for everything on the agenda tonight without making some compromises.

In order to work out, tidy the apartment, do our respective writing, as well as content creation, cook and eat dinner, and also have time to play some video games together, we needed to leave work on time. When you add us wanting to go get some pants at the store, it gets more creative on the time crunch. I’m not sure what the answer is for that just yet, so I figured I would go ahead and start blogging on my phone, to make that part of the night faster. I still have a ton of writing to do on some stuff, but I did post the final part of the first of of “Part of what is to come” called “Part of what” to the blog today, and from that I have a few more stories to work on. Inside of Flake City we have no small amount of stories being told, and I have some fun ones in the works.

So, all in all, today was NOT a bad Thursday!

Roxy, the Narrator, looked the reader of Abbi’s Blog dead in the eyes and said, “But time, was not done playing Thursday games, on our dear writer.”

So, everything was going fairly well, but as you could probably tell from my last entry, time was hardly done fucking me. We had our evening go sideways, so little to nothing was accomplished, which is a bummer, but today is Friday, I will have short week next week, and I want to focus on the positives. Yes, i need more time every day, but I am making pretty great use of my time, so I should focus on that victory, continue to analyze my losses, and grow from them. I know mostly where yesterday went wrong, and it was out of my control, i could have gotten some stuff done, but it would have probably been fairly unproductive and reductive.

Don’t pity me, or say, “oh no, poor Abbi took another L on a Thursday.”

No, don’t because I can learn and grow from it. I am hardly the first person to suggest growing from losses, and I probably won’t be the first or last to say “don’t beat yourself up over losses.”

Because they aren’t losses. I didn’t get to bike, I will tonight, and I will have the time, because it is Friday, to go 20 miles if I want to. I will find a way to spend a few proper hours gaming, instead of failing to squeeze in an hour.

I am getting the blog up, and most people sleep in on Friday and start reading blogs later. Some of my best reader statistic days are on days I posted later in the day.

So I didn’t really lose on my blog either. I got to finish up this part on the computer, and it was super fast, without using my small phone screen.

All I did was learn and keep trying on a Thursday. So don’t pity me for losing, because I really don’t think I lost at all.

We all did. So let’s go into the weekend strong, and keep kicking ass.

P.S. Special shout out to my iced coffee. Thank’s for having my back. Let’s keep crushing summer. Also to anyone who read this far. Comment so I know who you are, and I can get all meta in the next blog and thank you specifically.