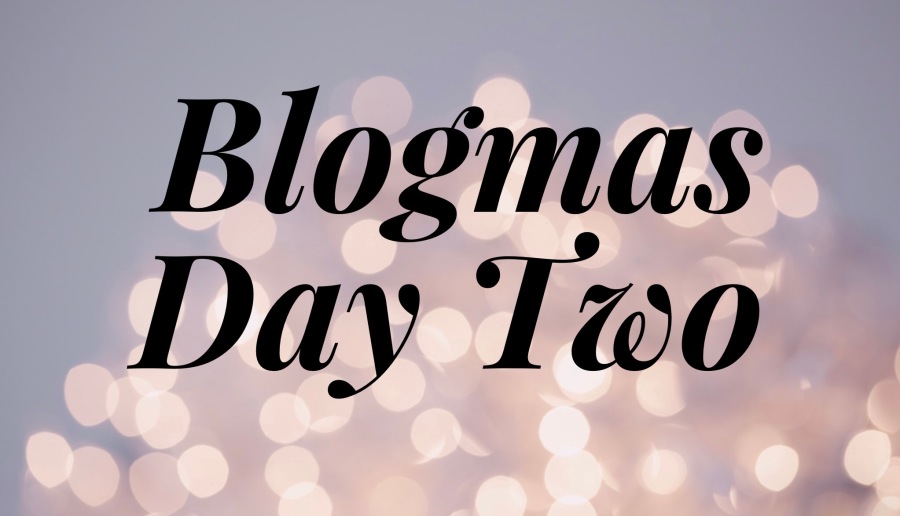 This morning, I woke up very sick. My mom is still in town, so we hung out, but instead of the mall and lunch as planned, we went to the Buddhist tea room out in the suburbs that she used to go to when she lived here, and then she ran me by a Walgreens for some medicine. Mom went to get a nice massage and I came home to smoke a bunch of blunts and be miserable whilst sick.

Now it is early evening, a little after five, and I realized I needed to get started on my Blogmas entry for tomorrow. I am likely going to take a shower, and maybe take some of the leftover turkey and make it into a broth for some soup that will help how I feel…and also maybe some I can take to work because I absolutely need to go to work tomorrow, so I can’t be sick.

I have so many things to catch this blog up on, I could probably start with my thankfulness section, you know, the faithful bit of wrapping up your Thanksgiving by discussing thinks you are thankful for.

For me, I am thankful for my friends, and our wonderful little family we have built, now creating traditions of spending holidays together.

I am thankful for the time I get with my parents, and also for the distance that keeps us from driving each other up a wall too much. I love them, but I am such a weirdo to them. I am thankful we are all in a healthy place, as a family, or what passes as healthy for us, and we are all trying to better ourselves. I am thankful my sister and my mom are on better terms now, and I am so very thankful that my sister seems to be slowly starting to love herself a bit more than she has in the past.

I am thankful for this blog, starting it has been transformative to not only my writing, but to the path I am on. As I have mentioned in the past, blogging forces accountability, and it forces you to take yourself and the promises you make yourself, more serious. This blog has helped me hone in on what I want my present and future to look like, and also how I want to make writing my full time (IE money paying for the bills)career.

I also have a place to kind of track everything. If someone wants to know how I feel about something, they can easily start there, and some people in my real life have reported finding it easier to see where I am coming from all the time. It’s easy to think I am a homebody who doesn’t like people, but when you read my blog, you realize normally the problem is anxiety and a giant stack of words I need to write, before I do anything, because consistent writing, every day, is the only way any writers can really get there.

Building a universe takes time too, and for the people who read my creative writing entries, they can see the efforts that go there too. I am very thankful for these people, who either know me in real life or online, but who actually read my words and make attempts to understand me, or at least accept me, for who I am.

I am also thankful for powerful cold medicines that make me able to sit up and work on my blog and that will enable me to drag my sick ass into work.

I am thankful for all the small improvements we have made in this apartment, including the paint, the shelves, and the curved shower curtain bar that keeps the shower curtain from touching me in the shower.

I am thankful for all the little things in my life that are better than they were before and things are always looking up. I am thankful for so many things my sick, semi fevered mind can’t grasp.

I am thankful for my friends who make life wonderful and encourage me, like Amber and Damon, like Lenyn, who are creative and beautiful spirits, passionate and caring.

I am thankful for so many little and large things, like being able to look forward to the winter months with a happy sense of positivity because hey, things are looking great, and we are working hard every day to achieve the results we are after.

I am thankful for cannabis’s continued legalization, for the states and countries that are legalizing it, medicinally or otherwise. I am thankful for the people in the cannabis community who make the community great, and are willing to pass down their knowledge. People like Todd McCormick, who actually named the character in my NaNoWriMo project, Kaya.

I am thankful for so much that this blog would go on for many days if I kept going, and I want to take a shower, so I am going to pause here, because a shower may do me some good.

Well, I had a shower, but I don’t know that it did me much good, but, I am clean now, at least. I also tried a new hair mask, so we shall see how that does as well.

I am making some broth using leftovers from Thanksgiving, and I think that will lead to another blog for Blogmas, which is pretty awesome. I am taking pictures, and that will be what I make tomorrow’s “mas” part of the blog.

For those who don’t know what Blogmas is, by the way, allow me to explain. Blogmas is a holiday for bloggers to post one blog a day from December 1st-25th. The idea, I believe, is to really push yourself, writing and creating wise. I know vloggers also do Vlogmas, for the same or similar reasons. You are also supposed to mention or have something vaguely holiday themed in each of the blogs, which is what I mean by the “mas” part of the blog.

This blog, for example, has it’s “mas” with the discussion about things I am thankful for.

Tomorrow’s will be this recipe for broth, which helps with the holiday colds. I will keep adding ideas for the “mas” part of my blogs of blogmas, while keeping with my usual daily blog style writing for these dailies.

I hate this cold already and I am very much DONE with feeling like shit. Also mad as hell that I have to go to work tomorrow and I hope I don’t have to stay long…but also tomorrow I need to stay long because we lost three days of work last week from my pay check, and three from Bret’s as well, which can be a sizable chunk of money from our checks, and will make the upcoming holidays, plus living, tricky.

So, it will be hard to take time off of work, despite being sick. But, I am tough, so I will see if maybe I can plan to take some supplies to tough out being sick tomorrow, and put in a half day…and try for a full day, depending on how medicated I can make myself. I fortunately bought some cold medicine today, and I am well suited to fake it till I make it tomorrow, if I pack enough tea, medicine, soup, and crackers.

With all things, I do better when I eat. Having snacks I can handle, like nice simple soups and crackers, are really great.

Currently, I am enjoying the soup I mentioned making earlier with some cheese and crackers on the side and some apple juice.

Delicious, and very obviously a meal made by and for a sick person.

This thing has come with plenty of stomach stuff as well as the congestion, head and body aches, fever, chills…plain soup and crackers with some cheese and juice is perfect.

So my soup is good, and is helping, as is the juice. I want to do some creative writing, I was in the middle of a plot point with Kaya in Flake City when I realized I had long since hit my word count goal, so now I am thinking about diving back into that…I know I went harder on the creative writing than the blogging, and that Blogmas is my chance to counter correct that, but I don’t want to only focus on the blog, and not get any creative writing done, because I think I was hitting some real strides doing both.

Anyways, speaking of Flake City, I am constantly trying to figure out what format I want to release Flake City in, and it is getting pretty big now, the total word file is likely over 200,000 words…Which covers roughly three days.

So, It makes it hard to think I should release it as one book. Currently, we have Kaya separated, in word file and all, from Chloe and that group of survivors, and Sam is mostly separated as well, although I have a word document of how she got to the radio station, in a separate file, which I could add into the Kaya story or leave as a stand alone. I have a few stand alone that cover Flake City, that won’t have much interaction with our main characters, now or for a while, as well as some people who Sam talks to, who end up dead.

I wonder if maybe doing a section a week kind of thing would be fun, the way stories used to get unraveled in older times. Not sure. But, I will be spending a chunk of my time in Blogmas discussing my options, because I want to spent the winter holidays contemplating how to publish in the new year, as I plan on publishing quite a bit, in this upcoming year.

All in all though, I am overjoyed that I wrote so much in November and still, in December, want to keep writing on my NaNoWriMo story. I have some blogs planned out for Blogmas, and two mask reviews I have some notes written on for the reviews, as well, so I am well suited to kick Blogmas’s ass.

I do need plenty of rest though, being as sick as I am, so I should probably wrap this up, and do any creative writing I want to do before bed.

But, this is as great a point as any to end Blogmas blog #2.

I hope you all are having a wonderful Monday, tune in tomorrow to see how I do while sick.

Daily Blog #360: Branching out and exploring other games for my YouTube Channel. 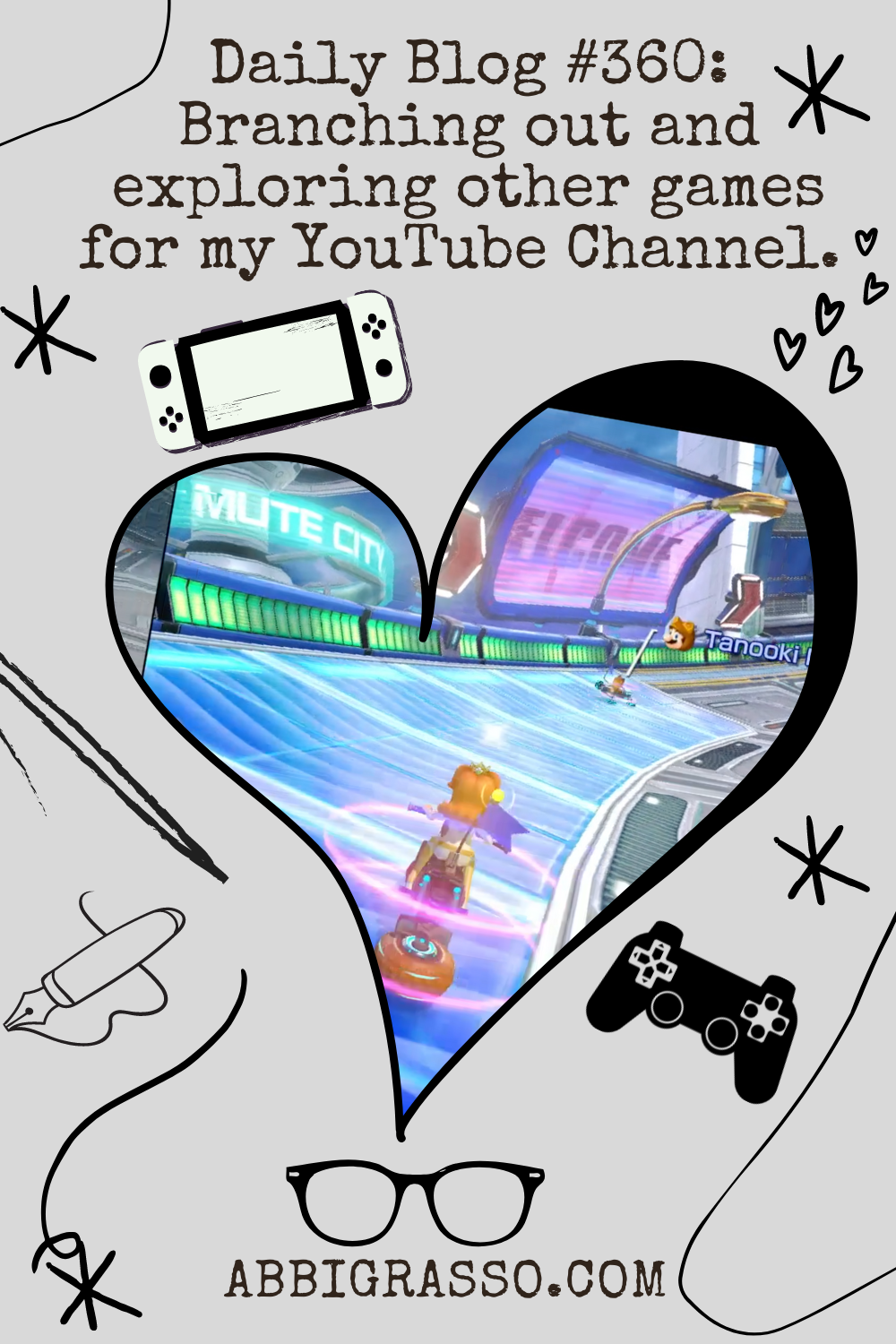 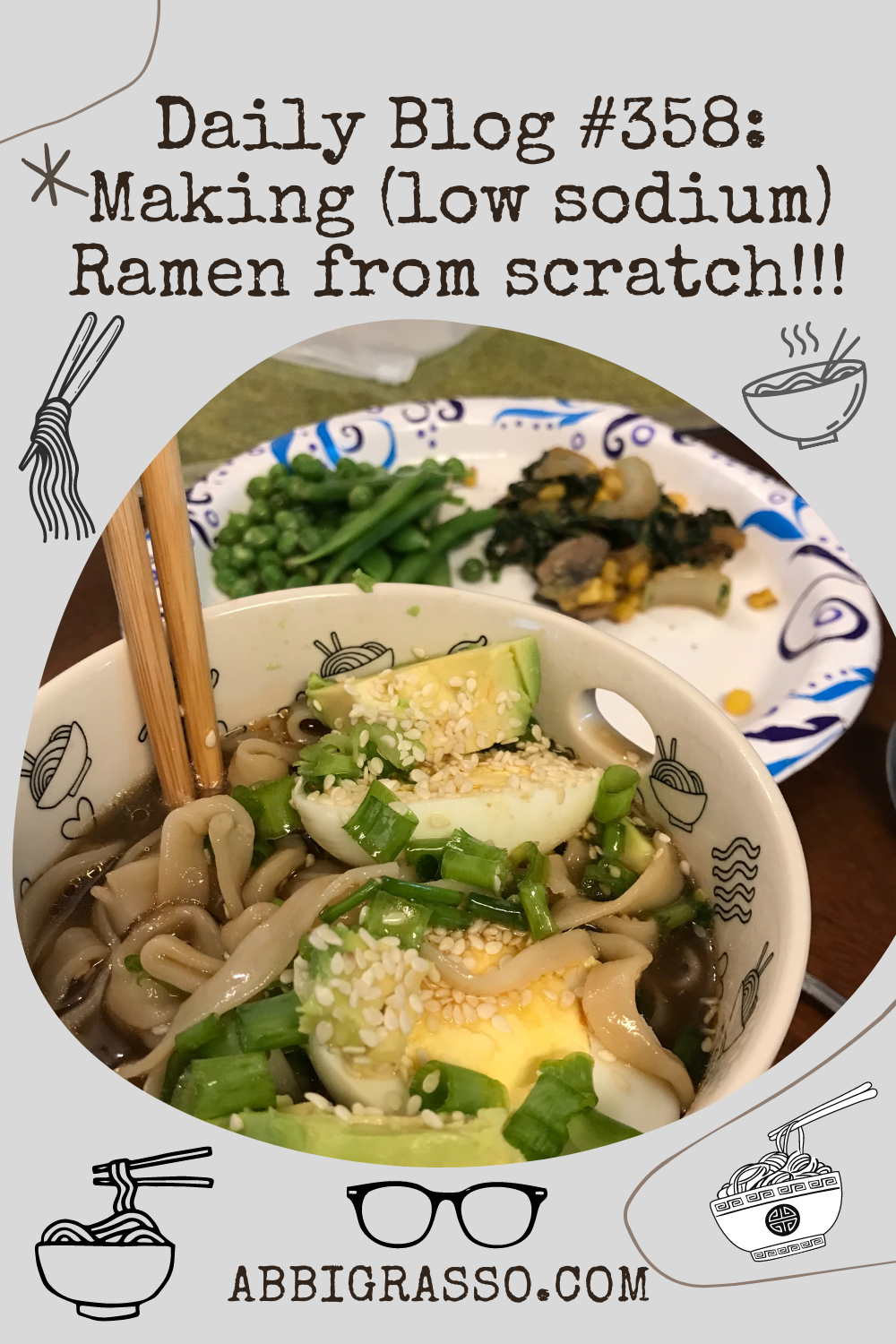 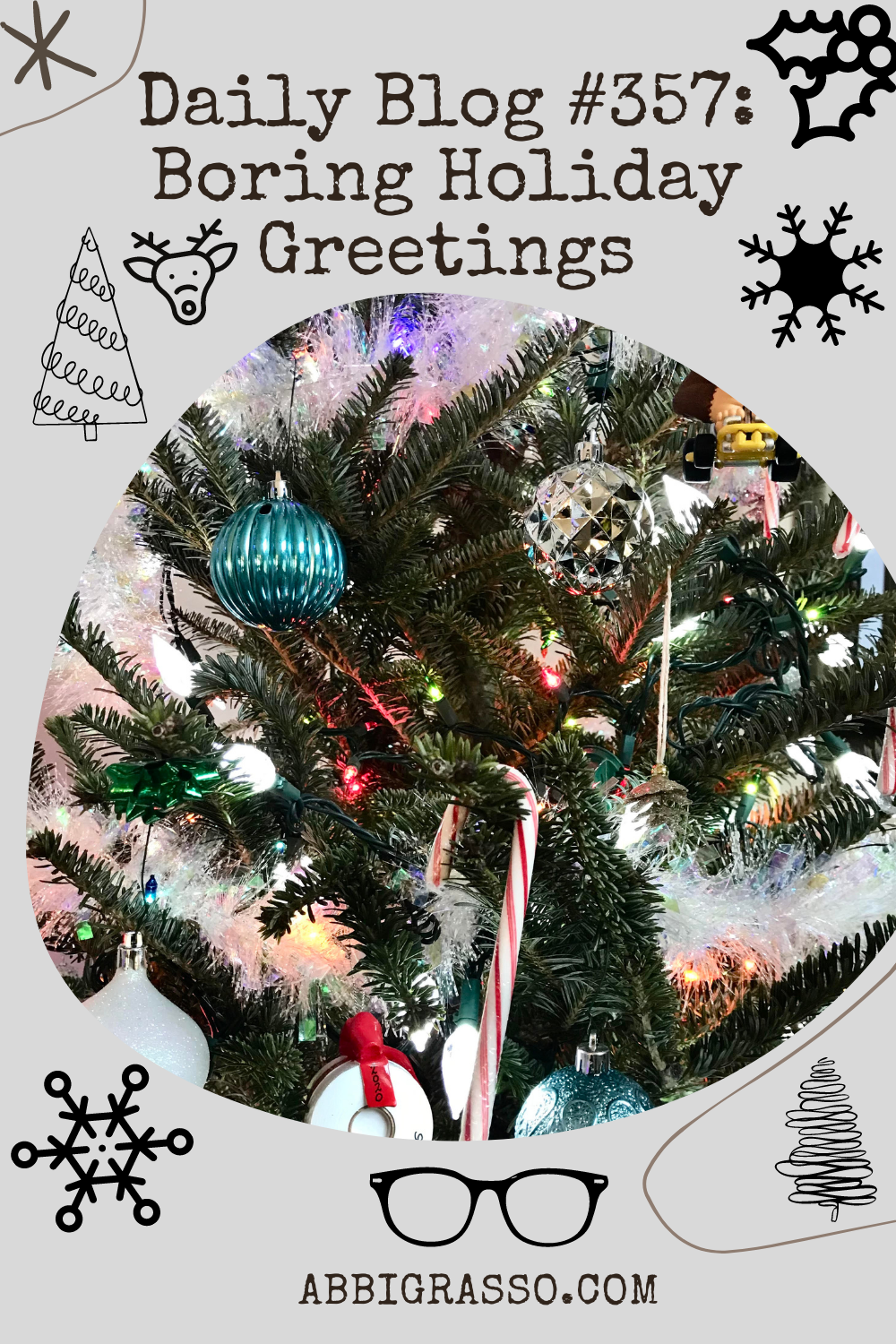 Daily Blog #356: Book Review – The Subtle Art of Not Giving a F*ck by Mark Manson 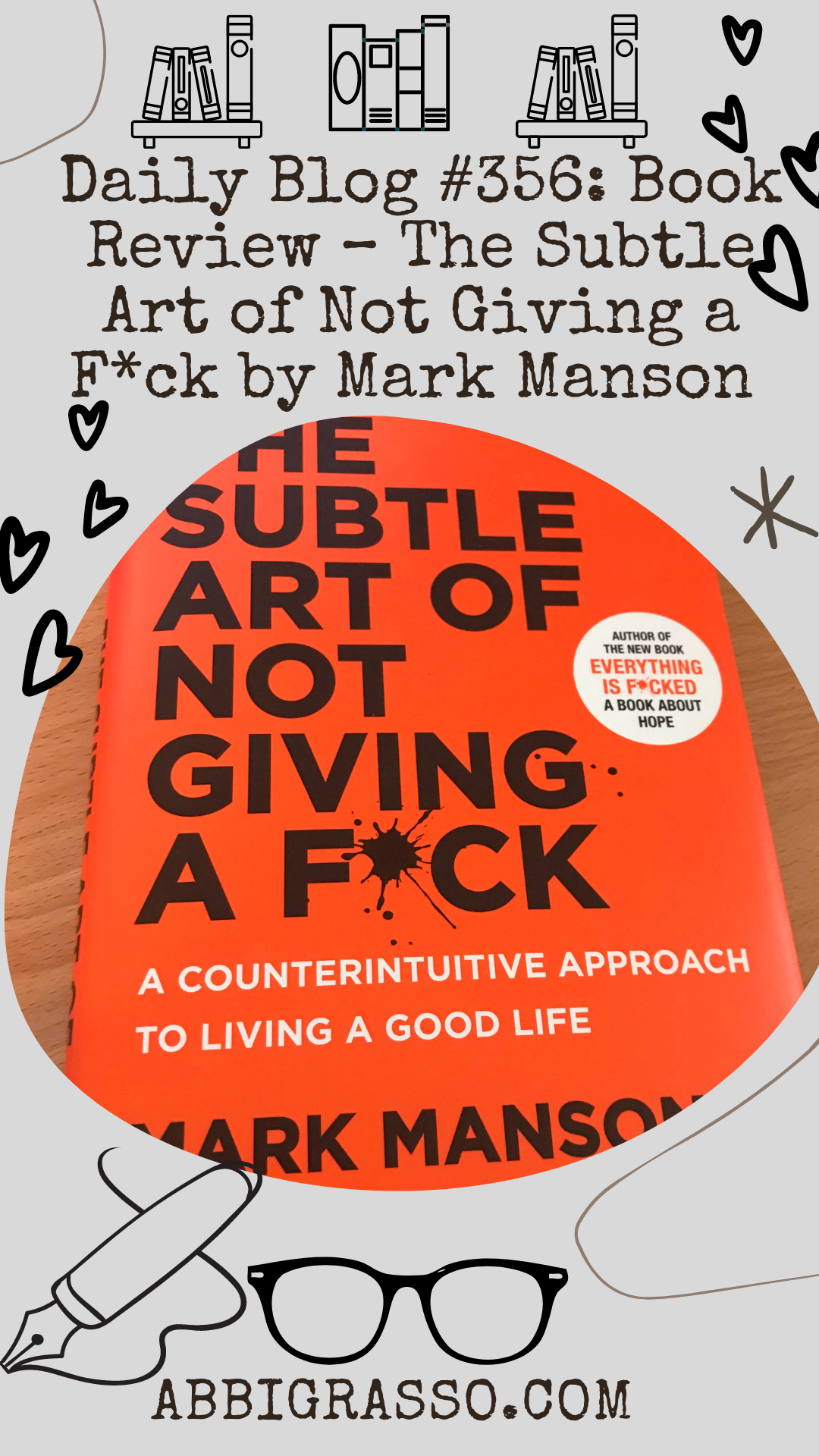