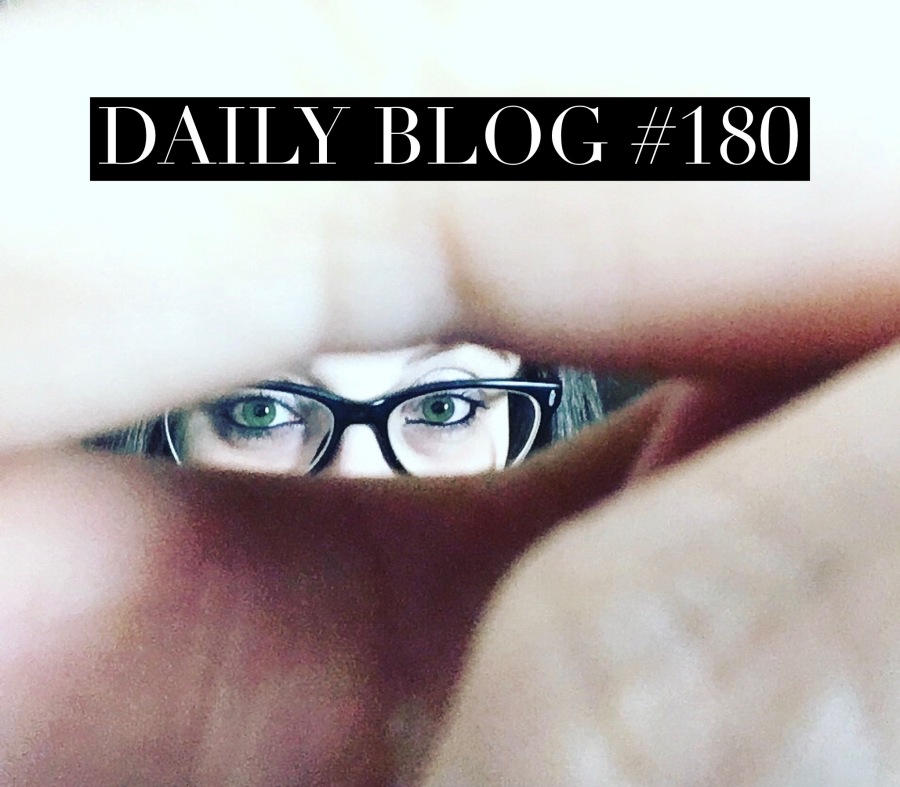 -Too many damn people

I’ve heard it a million times or so, along with the ole classic: “Oh, You look so much better without glasses!”

Shit, maybe YOU look better when I don’t have my glasses on, because I can’t see your hateful ass.

Also, I don’t give a great, hairy DAMN about any boy, or girl, who won’t make a pass at me because I wear glasses. Frankly, too many of them make passes as it is.

Before you think this is some empowering “don’t make fun of my glasses” thing, think again, because it is much more than that.

When I was ten, maybe eleven, and it was obvious that I would need braces, my adoptive dad, knowing, from experience, the school I was going to be going into, that I looked like a fucking nerd, an easy target. I had these MASSIVE glasses that, god bless my mother, were NOT picked well, and not picked by someone who has ever had any sense of how to really dress other people. She has style that works for her, I guess, but my mothers style, if you can call it that, has never been something I am either okay with, or that even works for me.

My glasses were no different from the clothing she picked out or the hairstyle she insisted on. “Feathered!” (MULLET!)

Billy, bless him, knew that my crooked teeth would soon require braces, and my horrendously ugly, and entirely too thick coke bottle lens glasses, would make me an even bigger target for bullying and having no social life, than my terrible hair cut, not trendy clothing, and awkward social skills, did.

So Billy talked to mom and explained that I needed contacts, so I would be used to them and able to wear them, easily, by the time the braces came.

I wouldn’t have to trade one social destruction for another, basically, and could even enjoy a nice life with crooked teeth and no “ugly” glasses.

Please note, I have been careful to specifically blame my glasses, as in the style of them.

No one needed to say my face didn’t look good, with those glasses, but they did. God damn, did they ever say those mean words to a girl who didn’t need to hear that. Bad style frames or not.

So, Billy and mom take me to the optometrist, and my healthy, albeit not good at seeing, eyes, are deemed worthy for contacts despite me being pretty young, like I don’t even think I had my period yet, hell, mom wouldn’t even allow me to shave my legs, but, I was deemed old enough to shove a thin piece of plastic lens onto my young, underdeveloped eye, and was entrusted to take them out and clean them correctly.

The optometrist went on and on and on about how pretty I looked now. How popular I would be. How much better I looked and how many boys would like it.

Again, they didn’t say things like “Now we can see your pretty face, it isn’t hidden by those horrible frames” no, they said things like “You look pretty, now!” and “Boys will like you, now!” It shouldn’t matter if they like me based on my looks any ways.

If people judge others based on their looks, so much, shouldn’t they want me to look smart?

Something I can barely handle at 32. Do you think I could navigate that at 11?

No, I couldn’t. I would go on to spend well over the next decade refusing to ever be seen without my contacts.

In one case, I wore the same pair of TESTER contacts for three years. With those, I was careful to take them out once in a while to clean them, but would always put them back in, because…

Every time I take them out, I get to hear “OH! Glasses! You look so much better with out them!”

I can’t believe I have to say this, but don’t fucking say that to anyone, no matter the age. Before recent years, it would fuck with my psyche, but, now, I have several zingers to fire back with, so insult me at your own risk.

Because that little girl who never once thought that she wasn’t pretty enough, until assholes and their opinions about glasses got involved, had to work through her body and image issues, and two decades later, I am STILL actively undoing the damage.

A couple years ago, I went and got some new frames and new lenses, my eye sight had OBVIOUSLY changed, but I picked out lenses I wanted.

Not ones my mom picked. Not ones the insurance said I could afford. Not “your current lenses will fit or can be re cut to fit into these” lenses. No. I picked out glasses I wanted. Ones that not only looked good on my face but that I liked on my face.

And I tossed my stupid, years old contacts out, and never looked back. Haven’t worn em since. I love my glasses. #GlassesGang!

I am now very glasses positive, and I am even working on a custom logo that works in my glasses in a major way. I love my glasses, they are a part of me, and I will never let myself feel shitty about my self esteem for wearing glasses, again. #GlassesGang

I don’t give a great damn if boys don’t make passes at girls in glasses. Those boys sound awful.