Today we are back at discussing the campaigns in the game Left 4 Dead. Thus far I have reviewed and discussed, in chronological order, No Mercy, Crash Course, Death Toll, and now, we arrive at Dead Air.

A lengthy campaign, Dead Air offers a lot of game play, with long chapters, detailed scenery and fun landscapes, we get to see some familiar bits of scenery, like rooftops, as well as familiar sewer type landscapes, but with rooms and trigger events we haven’t seen, and a finale that while kind of bland, offers a really cool visual moment, this campaign offers a lot. This chapter, as noted by the finer connoisseurs of the game, has a delightful tonal and color scenic change, with Dead Air having a creepy red and orange hue, giving a sense of emergency and urgency, versus the more depressing, melancholy, or even end scary, dark blue and black tones we have dealt with in past campaigns.

So, starting out in Dead Air, you are in a greenhouse, after somehow getting on shore after having your weapons stolen from you from the Slaters at the end of Death Toll. We learn this detail in “The Sacrifice”, the graphic novel that informs much of the games storyline, that the Slaters had somehow gotten control of the group and stolen their weapons, when Francis runs down all the problems they have had with “rescues” including two crashed aircrafts and people stealing their weapons.

Lucky for the group, there is a pile of basic weapons, at least two melee options, health kits, and four Molotovs and pipe bombs. I generally clear out the area below with these throwables, keeping a molotov for game play, and then head out to the rooftops. I love the details in the greenhouse, and it sucks you don’t get more time to really explore, because the illustrators put in tons of cool plants and stuff in various levels of decay, and it’s really kind of cool.

The group will make their way across parts of the city, giving beautiful shots of the city line, looking nearly on fire, which gives this campaign that urgent emergency feel I mentioned earlier.

The group goes through apartments, across rooftops, through more apartments, before you cross a crashed truck, and running into the kitchen safe room in the hotel on the street by the crashed truck.

This trigger event is easy enough to do, I suggest camping out where you pull the lever, to give you the height advantage, and when I do this, I find the job pretty easy.

Once you cross the dumpster, you go through the law offices, which while boring, (I mean, c’mon it’s an office building) does have nice details that makes it feel real, another weapon option is also located here, which feels realistic depending on the lawyers you know. You go down some stairwells and find office areas with cubicles and side rooms which will sometimes offer supplies in the building. It is dimly lit and specials can spawn, as will hordes. Once you get to the bottom of the building, you cross the street and make your way through a storage facility where this chapter’s safe room is.

This chapter offers some various options to make your way through it, but is as straightforward as most levels tend to be. The details of the map are really fantastic.

This next chapter opens with a construction site and a trigger event, where you have to blow a barrel fire to clear a path, which of course will trigger a very large horde event. I suggest hanging out up high, and being patient. Use the gas cans provided. I really hate this part of the level, and don’t like this level much at all, because of this part, but I enjoy the latter half enough to make it worth it. That said, this trigger event can go wrong quickly, so be careful depending on the mode and difficulty you play on.

The group will make their way down the alley once they clear the path, rooms sometimes offering supplies you may or may not already have, depending on how that trigger event went. You will get to a street, cross over to a generator yard, and make your way through the yard to a building with supplies, including weapons and health options, depending on mode and spawns, before you arrive at the outside of the airport, where you have to make your way through the parking garage to get to the sky bridge that leads to the safe room at the other end of said sky bridge.

These parking garages are a Tank’s delight…and a Chargers. Witches have fun there, and Boomers get to boogey. Any of these special infected, along with Jockeys, Hunters, Smokers, and Spitters, have a blast and help groups wipe in the garages. I tend to run through them and play defensively, but, while well illustrated, the parking garage is still a parking garage, and kind of boring, visually, anyways, unless you like to explore those and maybe search for graffiti. The game’s AI director does seem to greatly discourage this, however.

Once you open the next chapter, you find yourself in the the airport, where I highly suggest you take a minute to take in the scenery, the destruction and devastation. Take your time, enjoy the scenery a bit, this level takes a while.

Upon first leaving and passing piled up luggage, signs of destruction, and chaos, you will make your way through a door way and explore some hallways and offices, where you may sometimes find supplies in rooms to the side, depending on mode and spawns. Details are really nice, but, sometimes, you are just tired of it. I mean, I personally love seeing that someone illustrated enough to show the details in office chairs, boring office wall art, etc, but like…do you ever notice and care about that stuff in real life? I do, so I mention it, but plenty of people won’t find this area amusing, and frankly, and dark as it can be and as numerous as the spawns can be, it just makes the level feel long…and it has so much more to go.

The the halls finally take you to a trigger event where you inexplicably have to trigger a van to take down a fence to get into a check in area, to advance in the map, where thankfully, some tier two weapons will reward your journey. This trigger event is pretty silly, because the horde is pretty sizable for the noise, but also because you didn’t need the noise in the first place, but that’s classic Left 4 Dead, isn’t it?

Once you cross over the downed fence from this event, you find yourself in a baggage check-in and luggage handling area. In the baggage check-in desks, you will normally find a selection of nice weapons and sometimes a pile of ammo.

Then you make your way through the luggage handling area, following the ramps and climbing around the luggage an fighting zombies, and exit in a security boarding area, where you will find yourself in a forced event, if you are playing downloaded or ported content, but a very chill cool Easter egg, if you are somehow playing the disc. This event, actually was once not a forced horde, is basically what I am saying to likely everyone reading this, as most play this game online. The port with Left 4 Dead 2, made it a true run, where once you go through the metal detector, which again, you are now forced to do instead of the delightful peaceful “optional” horde that was originally there, an alarm sounds, forcing you to fight your way to the safe room. Originally, this was simply something you had the option to do, and would eventually stop, so you could make your way through the map. Unfortunately, the changed this with the port, and now it is a forced event, where you have to run and fight to the safe room.

The run takes you through the waiting area, up an escalator, and through the terminals, and get to the safe room. All while fighting hordes of zombies, it makes the entire run a giant pain. After the forced horde event at the start the of the level, and the distance traveled between the two, not to mention the length of the run to the safe room, this chapter feels very long.

The safe room is a narrow hall and kind of boring, but when you open the door and step out, you are rewarded with a fantastic visual of a plane crashing in a fiery way. The group makes their way through the wreckage and tossed luggage all around the runway, to a plane with a pilot needing fuel.

The fueling pump will make a lot of noise, of course, so fueling triggers the finale horde event. This is a neat finale, to me, because it’s quick and self contained. You can see how you will be escaping, and you aren’t relying on someone to show up…just to actually open a door. This is the first kind of finale like this, with the others up until now being summoning others, this level’s finale is special, and foreshadows finales in Left 4 Dead 2.

I like to camp up next to the ammo pile, but I know plenty of other players like to camp out in other parts of the map. It’s an easy enough finale, however, no matter where you do it. As per usual, after two hordes and two Tanks, the fuel tank is full and the group can board the plane, and take off to the next campaign…Blood Harvest.

Overall, Dead Air is fun, but, I would say only play it if you want a nice lengthy campaign, because it can feel really long. But, overall, a great campaign, special and unique in the scope of all the chapters, and has some great detailing work.

Feel free to check out the game play throughs I have on WeedTube Tv with the MetaCafe Channel. Maybe I will post some videos on my channel as well.

PS- I have some Amazon Affiliate links in here, along with my links to other blogs. If you want to buy a copy of Left 4 Dead, click the link. It is no extra cost to you and pays me a tiny little amount. 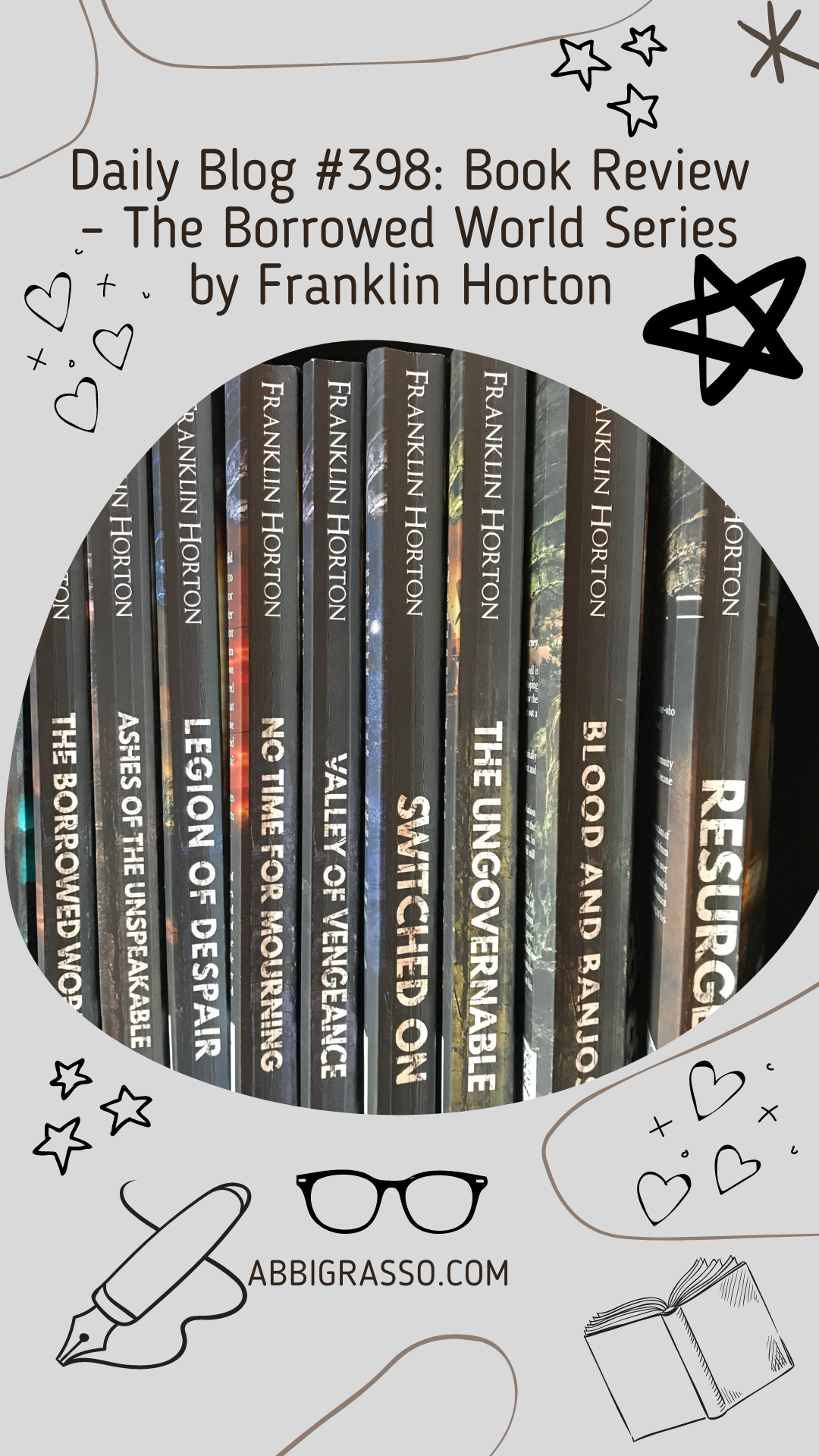 Daily Blog # 397 – Getting sick, and getting back on track 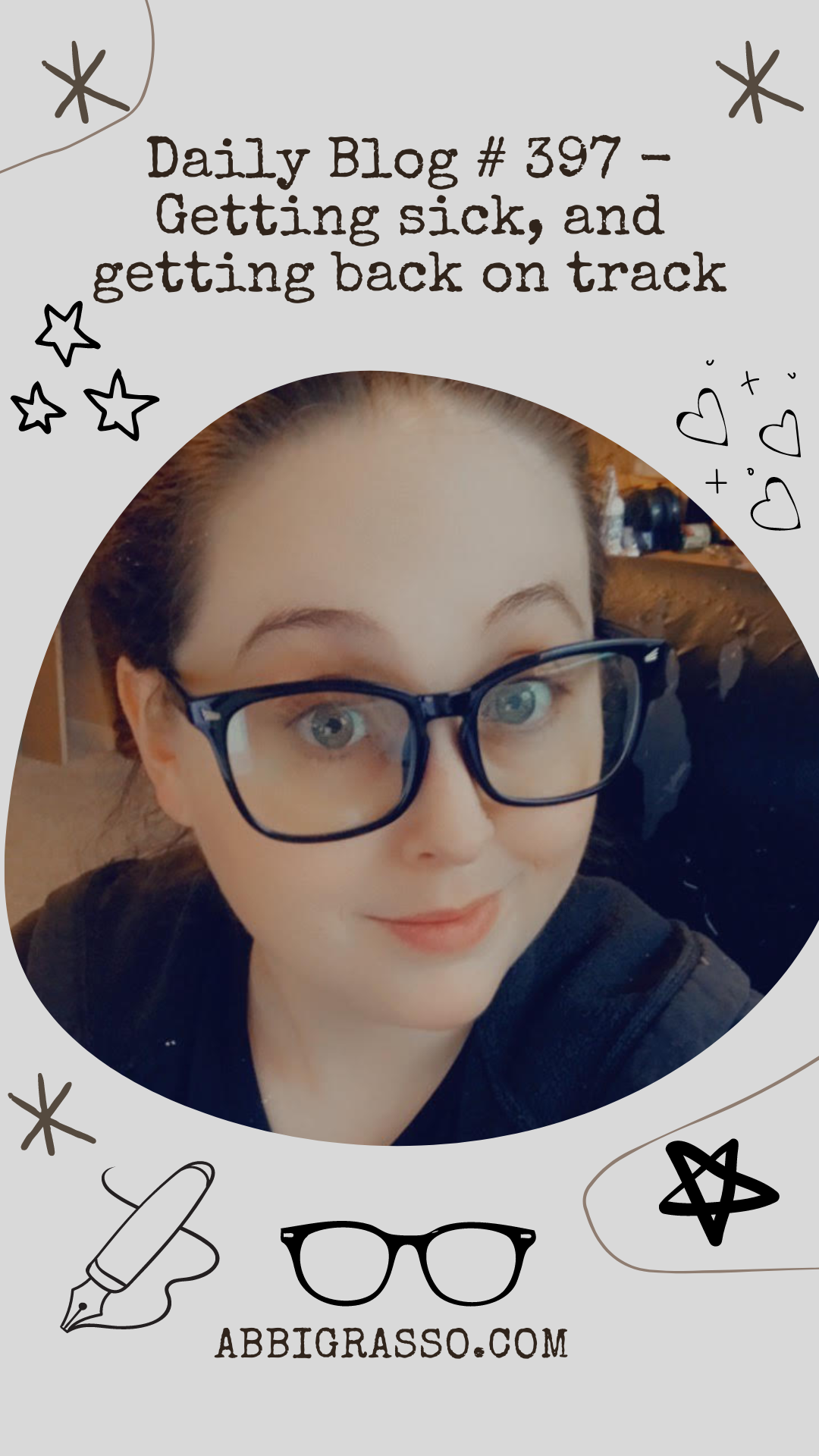