Today we will be discussing another fun campaign from the second Left 4 Dead video game, Swamp Fever! If you haven’t played this yet, click the links I have in this blog and buy the damn game, it’s been out over a decade, the time is now, just go buy it, and play it. 🙂

Swamp Fever: The Only Cure Is Dying

I don’t always play this level, but when I was playing it for this review I realized I could probably play it more often because it really does offer some fun game play, even if when I normally think of it, I think of how much the swamp sucks.

Recycling the recipe for success of Left 4 Dead 1, Swamp Fever has a infected pilot helicopter crash, and a boat rescue, although thankfully Virgil is awesome unlike the Slaters, who fucking suck fo not being their best selves.

The crashed helicopter leaves our group of Rochelle, Coach, Ellis and Nick deep in some swamps, opening Chapter One: Plank Country.

Plank Country, as the name implies, is swamp lands, and the easiest, and cleanest, way to travel is using planks and bits of dry ground as to not slow down your speed. The group makes their way through some shitty buildings, across walk ways and planks, and makes their way through swamp land, before coming to a body of water they need to use a ferry to cross, which OF COURSE triggers a horde event.

After the ferry, it is more of what you have already seen, swamps and plank walking, but you also do get to see some impressive story telling through the scenery. While yes, the swamps you see here will largely repeat itself, you also get elements of story, like a Charger, strung up in the swamp. (Sure, in the shape of the Valve logo), but really, I think it tells a story of the people stringing up a Charger. I mean, c’mon, I fully believe the folks living in the swamps of Louisiana will survive waves of infected, and probably would string up Chargers, hell, Tanks too.

In fact, the type of people who live in swamps is also shown in the story telling of the scenery. As soon as this chapter begins you see a “No CEDA No Military” sign, and it continues to be a theme throughout the games four levels.

In fact, even the gear you see can be attributed to this, but more on this later.

Once the group gets past the ferry, and some more swamp, they arrive at the safe room, and can begin Chapter Two: The Swamp.

Chapter Two, opens up to a fairly long level, and while also showing more story telling through the scenery of how this area handled the infection, this level also sets up the story line for this campaign, which will set our survivors story up for much of the rest of the game.

The Swamp gives us much story telling, and also another unique common zombie type.

This type of zombie crawls around and flings mud on your screen.

The Swamp is more of what you saw in the first level, by which I mean, you know, swamps, but also has some more story telling and fun level details.

First, this chapter is the one chapter in the campaign where you can find a Magnum. If you don’t find one here, you better find some decent melee and a good tier two weapon.

Thankfully for you, other fun level details give you those kind of things, like the paratrooper that clearly got stuck and died, in some fashion or another, who holds on him several supplies, i personally have seen him have all throwables, health kits, adrenaline and pills, and yes, normally a very good Tier Two weapon.

Once you start to get bored of the repetitive swamps, however, you do get yet another trigger event, when you come across a crashed plane, and you must pull the emergency door, which triggers an alarm. After this event, you can fight your way through more zombies and come to a plantation door that is fairly locked up. The survivors observe that it looks like they may be alive in there, or have access to a boat or whatever, depending on what voice cues activated on whatever play through you are on, and the group ducks into a safe room just next to the locked gate, ending Chapter Two: The Swamp.

Chapter Three is “The Shanty Town” and to be honest, is so much more of the same, and by this level I am normally pretty bored for it.

Thankfully I can hit the bong and find anything fairly entertaining, so, we cross more planks, more bridges, to traverse yet more swamp land, with the goal to be to get to the plantation and summon for a boat ride out of here.

The group makes their way through the Shanty Town, and it is worth noting how many supplies are around. This whole campaign is lousy with explosive and incendiary ammo, pills, shots, health kits, and all three throwable options, including, notably, the Boomer Bile jars.

This is interesting because we know the military and CEDA was NOT welcome in the swamps, and yet we see no shortage of supplies and even less shortage of powerful weaponry.

Of course, anyone who has been in the south or, specifically, the swamps, knows this isn’t too odd. Sure, some would say the government likely air dropped supplies, and this may be true, with things scientists were developing, like the Boomer Bile jars, but, with things like ammo and explosives, it is likely the people already had these things, as they never depend on law enforcement or military, and often collect these sorts of supplies for either survival, prepping, or their own hobbies. Also of note, we learn in the first Left 4 Dead that the pipe bombs being used arent standard issue, and in fact, Louis, from the first game, teaches Bill how to make them. These pipe bombs would not have been air dropped by the military, and it is even less likely molotovs would have been, as those are not standard issue and how on earth would you safely drop molts from a plane?

The Shanty Town, with all it’s shanty houses, allows you to see the true scope of this reality, if the previous two chapters hadn’t been enough to do so.

Still, at the end of the level, you get…yup, you guessed it, yet another trigger event, this time for a bridge, and you get to once again fight some hordes, and make your way through more swampy lanscape, until you arrive at a safe room.

The Plantation is our fourth and final level, and offers some beautiful scenery, now illuminated in the fully risen sun, and great last minute pillaging, if all the past chapters have somehow left you in need of supplies.

The chapter opens with a short walk through another small little section of houses outside the plantation, normally at least a couple throw-able options and a few health assistances, inside the homes, before walking along the path, now illuminated by the glowing sun, with the rising sun now fully in the sky, to the grounds to the back of the plantation, where you can climb up some scaffolding, and make your way thorough parts of the plantation home.

The ammo piles and supplies tend to move around, but upstairs, or sometimes downstairs and outside, you find guns and ammo, and normally downstairs in the hallway, or outside on tables, although other times elsewhere, you will find throw-ables and health kits, pills, etc. Things really move around a lot on this finale, more than on any other in my opinion.

Once you know where all your supplies are, and you are stocked up, you can assess where is best for your group to hold out, I find this level has a ton of spots, only a couple of which are cheat spots, all of which work well depending on where your supplies spawn.

From there you can call the boat, a fun sounding guy name Virgil, and let him know where you are. He will head his way, and of course, somehow, nearby zombies know you have called for help, and you get swarmed.

A large wave, a Tank, another large wave, another Tank, and then the front gates will be blown open. Make your way through there quickly, as I tend to find I always am being chased by at least one tank by this point, and make your way across YUP MORE PLANKS, through the swampy water, and arrive on the safety of Virgil’s boat.

And this concludes the kinda long for four chapters, a bit repetitive without the details of the scenery, holy crap a trigger event every freaking level, and yes nick your suit will stay dirty, but all around still pretty fun because you get introduced to Virgil, campaign.

All in all, I like it, if nothing else because you get some great story telling, and also it sets up meeting Virgil, who the survivors spend the next bit of the game with, staying with Virgil through hard rain, fueling up his boat, and then going as far as New Orleans, where he leaves them for “The Parish.”

This level sets up a lot, and leads to one of my favorite levels in the second game, Hard Rain. It also tells us tons of story and I think fairly shows how swamp folk would survive, but I think more would have lived. C’mon you ever met someone from the swamps in Louisiana before?

Anyways, go play it and tell me what you think. Be sure to check out the rest of the reviews and check back for the next ones!

Daily Blog #282- Abbi and the productive Monday after a very bad night of rest. 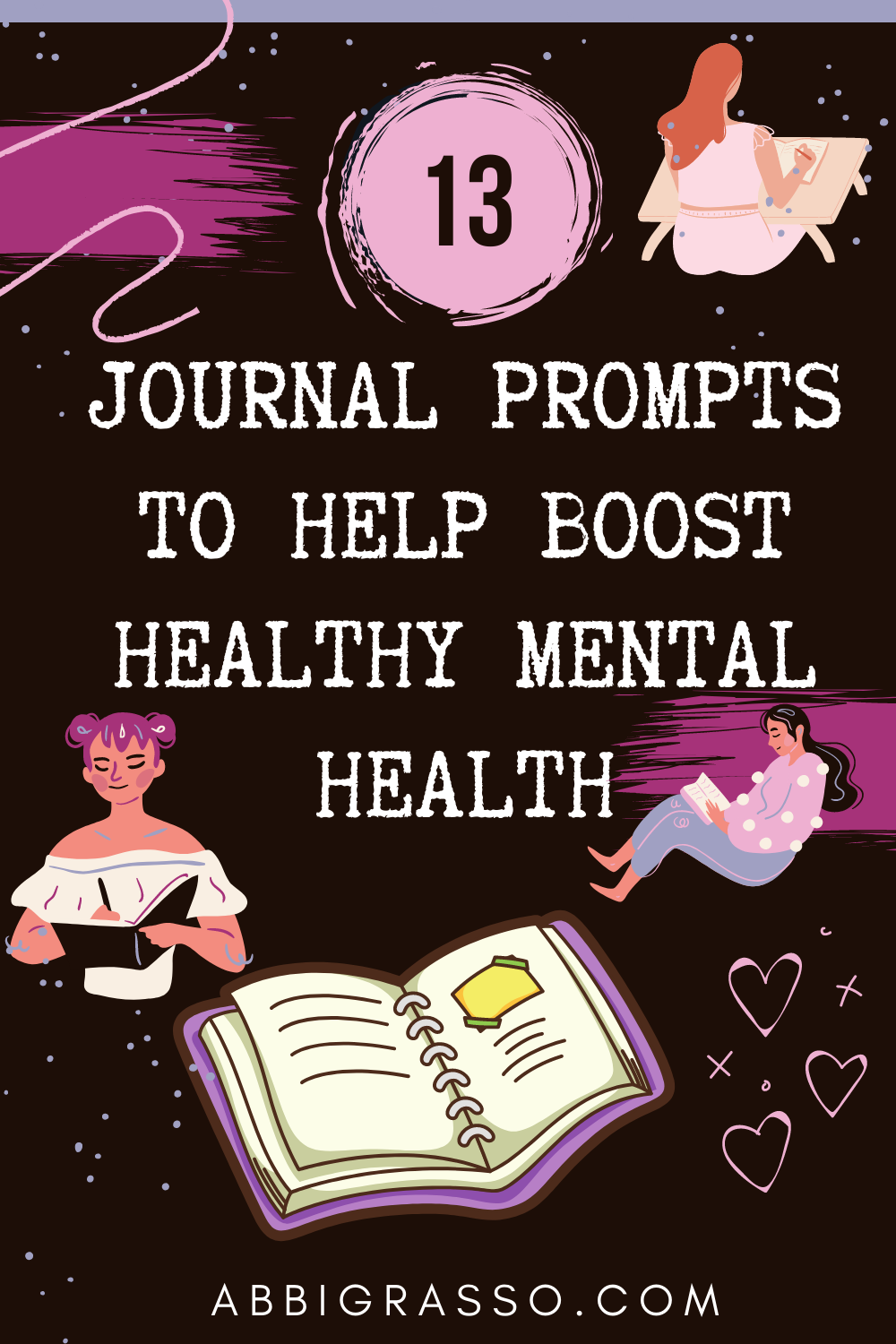