Today we are discussing how my digital hermit (and slightly regular hermit) process is going, as I approach the end of the first month of it.

As you may recall in some previous blogs, I set out to be a bit of a hermit to focus on my writing and myself. While I am doing plenty that isn’t putting myself first, I am also working on improving those things, and, while I am in some ways not putting myself first, I am at least trying to make some healthier habits, including not using social media as much unless it actually brings me joy.

So here is how that breaks down:

I don’t have a Facebook because I cut that years ago. I haven’t been on Instagram much at all. I get on twitter sometimes, but normally just to check news and check on a few friends. My blog posts links direct to twitter, and I occasionally will tweet. I haven’t been on tiktok much at all, checking DM’s once in the past month. I have been on Snapchat daily, because Snapchat is made for friends and I like using it for the filters too, so Snapchat gets used daily- if you wanna connect with me, my name is @abbigrasso (on all social media, but again, I am really not using many right now.)

Yesterday, I got on twitter very briefly, and discovered Facebook, Instagram, and WhatsApp were down. Many reasons were being floated around but it seemed the real reason these apps went down was because of the whistleblower coming forward.

But that speculation isn’t the reason for this blog post, digital detoxing, or at least hermit-ing, is.

I had SEVERERAL friends reach out to me yesterday, mostly on Twitter and Snapchat, some needed reassurance that the apps were down for everyone, others were needing more reassurance…

Some were discovering just how addicted they are to these apps. I have tried to casually mention it to some people, but, in my digital hermit-ing I have also realized people don’t want to be preached at. Smokers don’t wanna hear its bad for them, and neither do social media users, so I keep my shit to myself.

But, now that I have had to yield questions and comments from friends who are fully hooked on social media, I felt this may be a good blog post to write.

These apps, these social media programs, especially programs like IG, FB, they aren’t THERE for you.

Furthermore, they don’t encourage you to be creative.

Snapchat only allows for direct messages, no comments or other vanity metrics. Twitter is a giant mess, but can be curated to allow for a flow of information, although I spend very little time on it now. YouTube is  a powerful search engine with a crazy algorithm, but it does actually encourage content creation, over mere consumption. TikTok encourages creation via a creator fund, although it is, like all the other apps, guilty of skewing towards only encouraging certain types of people (conventionally attractive (often white/passing)  people)

My point? Most of these apps aren’t even encouraging you to be yourself and share yourself, and yet the biggest excuse anyone has for keeping FB or IG is “I want to stay connected to people.” But…Does IG and FB really connect you? When I ditched FB some people left with it, but they were people who constantly stressed and bummed me out. Absent comments and likes, there was no conversation to follow to Snap or good ole fashioned SMS text.

Other friends did, and I have actually grown and developed stronger, better friendships with those people, creating a much better digital ecosystem for myself.

I have had more space in my head for my own thoughts, and the time I do spent online Is better enjoyed doing things that serve me, my needs and my desires.

I now update my snapchat throughout the day, if I think of a tweet, I’ll tweet it, and I work on maintaining my blog. I have my YouTube channel that I sorely miss, but I haven’t solved my video editing woes just yet. Still working on that. May just start posting unedited (or so lightly edited I can handle doing it on not imovie) but, that is a discussion for another day.

I say all of this to say being a hermit who only goes out when it doesn’t drain her, with people who don’t drain her, and who has taken active steps to see what social media I actually want in my life…

Try being a digital hermit. Try it for a week. You don’t have to give it all up and do a full digital detox, but you could very easily find out what you actually enjoy online, and may help you improve the digital space you occupy.

If you are being negatively impacted, you may not know you are having issues. Several if my friends were blown away by how dependent on social media they were, when IG and FB went down…Find out now if you are having these slight addiction issues, and maybe reduce your consumption to see how much better you feel.

You don’t need the mindless scroll. None of us do.

You need to spend time in spaces, digital or otherwise, that serve you and your needs.

I am quite enjoying my time, and I am wanting to reduce more. I have considered a digital detox as well, one where I would still record and write, but maybe not worry about any other social medias, to make sure I am being healthy with the things I am using like Snapchat or Twitter.

Let me know which social medias you actually enjoy using and which ones you think maybe you should take a break from. 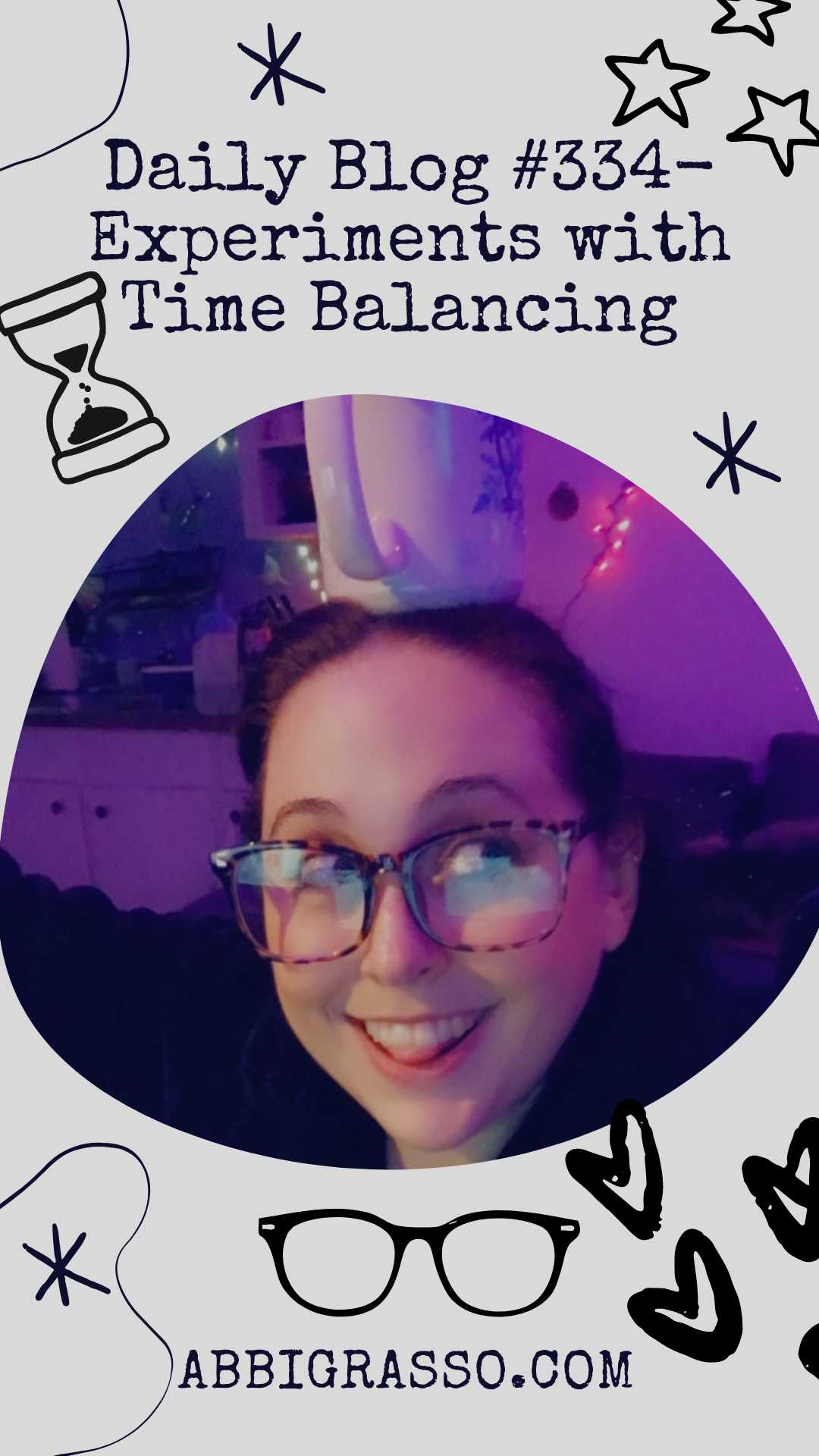 Daily Blog #333- A lesson from adventures in being a digital and real-life hermit. (Spoilers, I’m happier.)